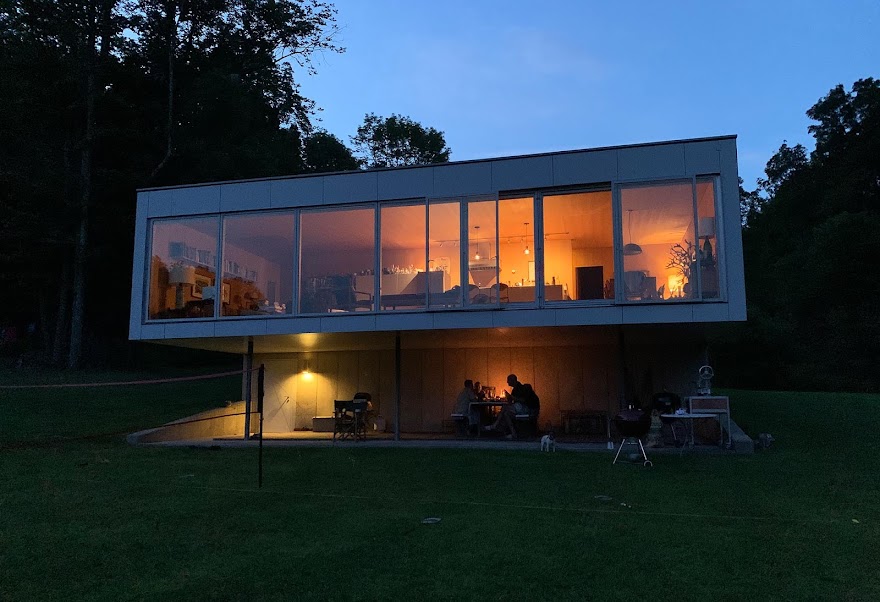 Kate Lough catches up with travel’s golden couple, Yolanda Edwards and Matt Hranek, to find out how they spend their weekends at WM Brown Farm
Kate Lough
Jan 26, 2021

Bon vivants, tastemakers and curators — there are myriad ways to describe one of New York’s golden creatives couples, Yolanda Edwards and Matt Hranek. Alumni of Conde Nast Traveler, both are passionate advocates of print publishing: she is the founder of new travel bible Yolo Journal, and he is the founder of WM Brown magazine. Most importantly, they love to travel. Most summers, the duo can be found road tripping around Italy, Greek island hopping or hunting down the next brocante in France for their Medoc renovation project — all while documenting it beautifully on Instagram.

The couple also love to spend time much closer to their home in Brooklyn: in upstate New York. Back in 2001, after searching for years, they bought a 130 acre farm as a weekend escape from the city. Located in splendid isolation in Sullivan County, not far from where Matt spent time fly fishing in his childhood, it was “love at first sight”. Nowadays, they spend every weekend at WM Brown Farm whenever they are in town. “It’s at the end of a small country road and our closest neighbours are a five minute drive away. It’s a completely opposite feeling to our life in Brooklyn,” says Yolanda. There was no house originally, so they lived in an old Airstream for the first year, before building a cabin (which has a small bedroom, a Japanese bath and an outdoor shower) and finally designing a prefabricated house with their friend, the Austrian architect Oskar Kauffman. 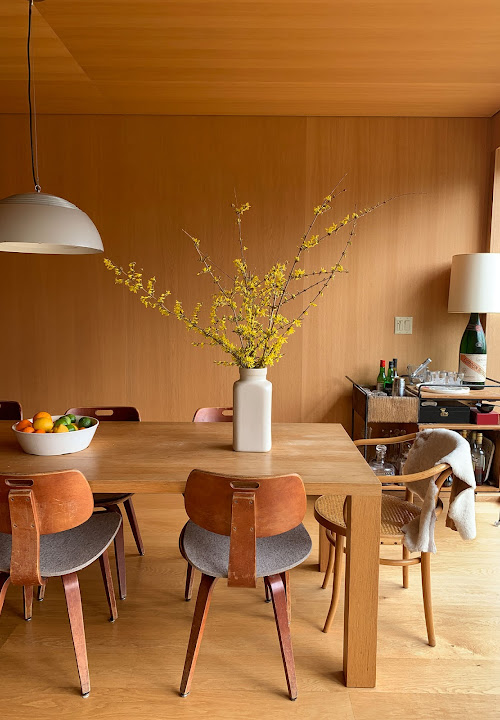 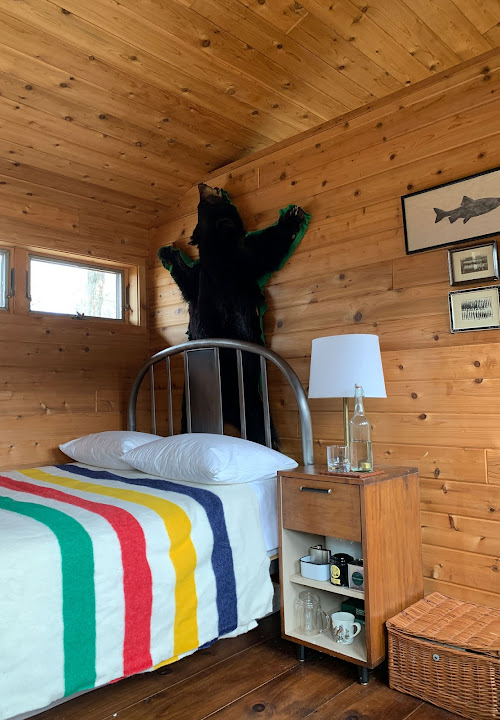 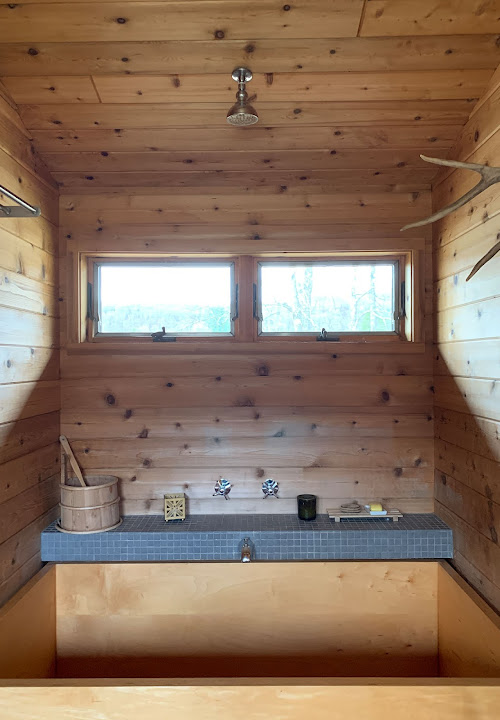 “Every weekend we are there feels like a gift. The second we arrive we slow down — I’m sure a lot of that has to do with the terrible internet signal,” says Yolanda. “In the winter we read, journal, listen to CDs and watch DVDs. If it’s particularly snowy, we may take a snowshoe hike, or ice skate on one of our ponds. In the summertime, I am always outside foraging for berries or wildflowers. But mostly we think about what we are going to make for lunch, dinner and cocktail hour — Matt is super into cooking and will make whatever inspired him from a deep cookbook dive over morning coffee.” They often invite friends up to stay, with impromptu karaoke parties — and plenty of cocktails, of course. “Cocktails are usually Manhattans (in colder months), Negronis or Spritzes (in warmer months) and a Martini anytime of the year,” adds Yolanda.

Here, the duo share their go-to haunts near their upstate bolthole, from where to go for tapas and great wine to vintage shopping. 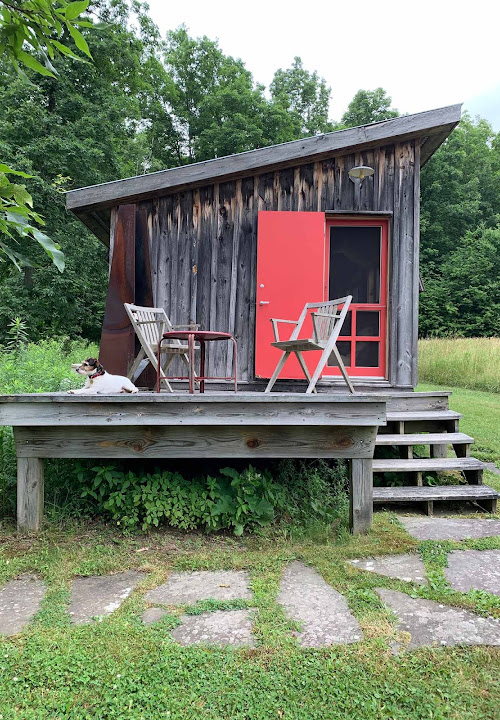 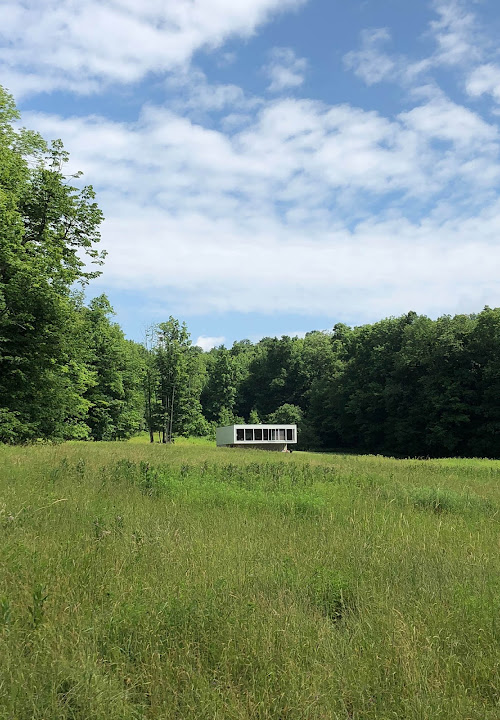 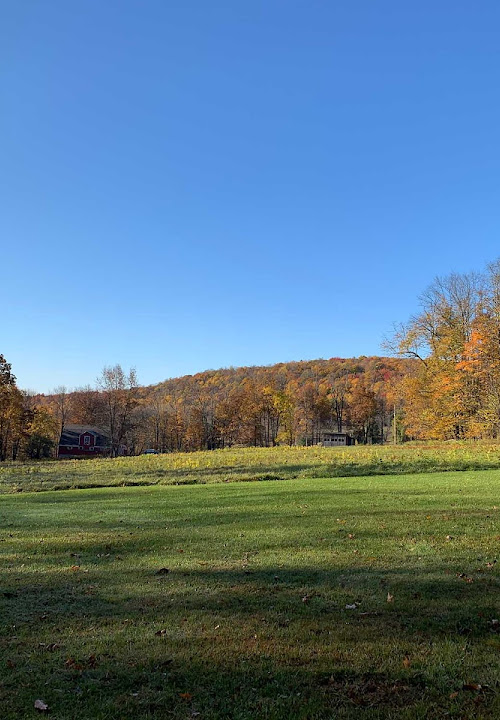 “We have a lovely Sunday market in Callicoon and our favourite farmer is Seth Heller. He’s been there since we started going and he always has the best produce and the kindest smile.”

“Spruce Home Goods in Callicoon has prepared foods and a lovely curation of everything you would need at home from candles to Marvis toothpaste. We are obsessed with their handmade donuts and they carry this Australian soft feta in oil that is an absolute addiction.” 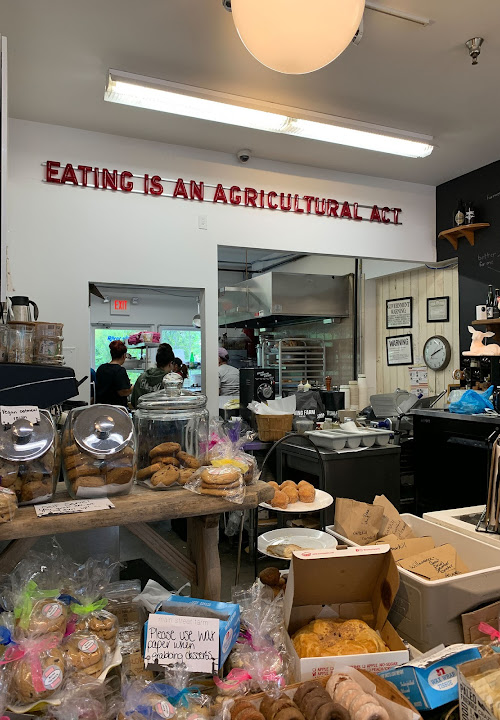 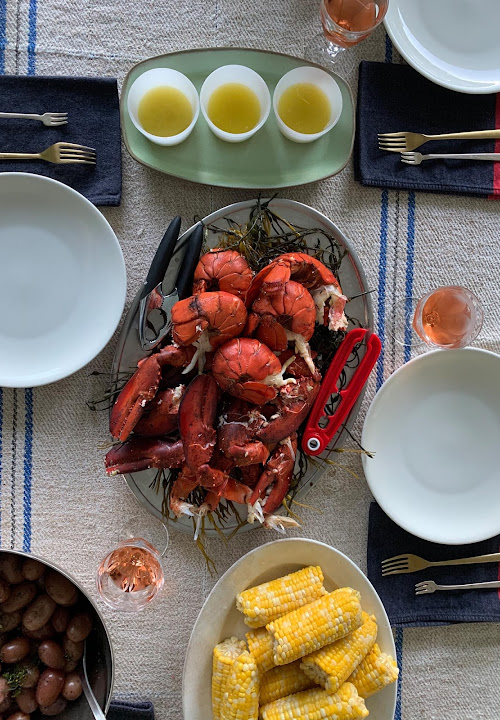 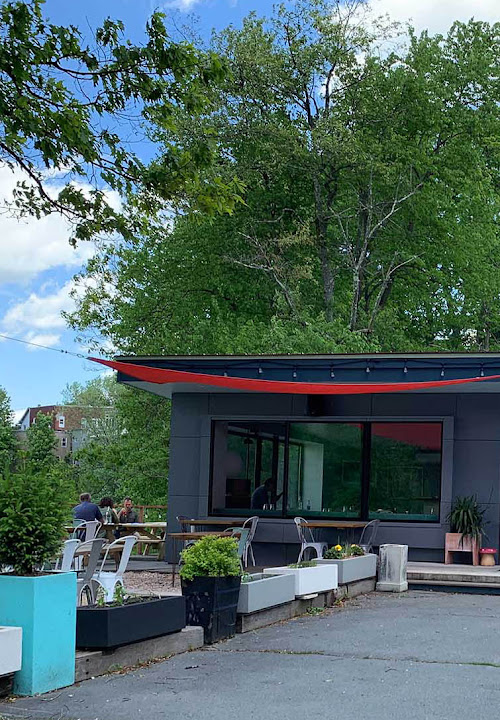 “Sunny’s Pop Retail in Narrowsburg has beautiful design objects and One Grand Books (also in Narrowsburg), as a wonderful edit of books. Nest, which carries vintage ceramics, modernist housewares and lovely clothing has stores in the same town and Livingston Manor. The owner Anna is one of the original ex-New Yorkers who moved upstate full-time many years ago, which back then seemed very brave. Now, so many people have moved to the area full-time.”

“The best shop is La Garconne in Callicoon, owned by the lovely Stephanie. She has such an eye — we never leave without buying something and it’s always something we actually wear. Our most recent purchase was 80s Ellesse ski bibs that fit everyone in our family and make us all look very svelte.” 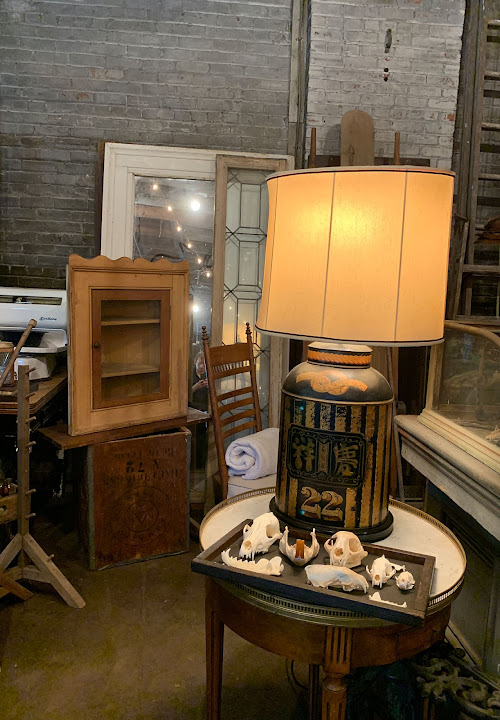 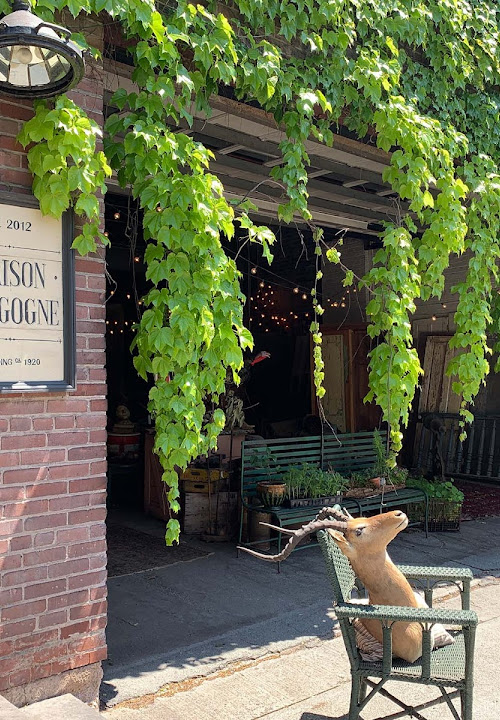 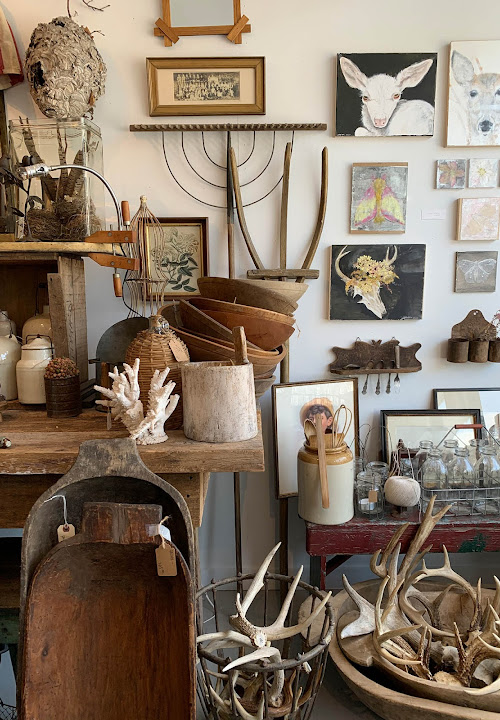 “We love the cafe at Landers River Mart, which is basically a gas station right next to the Delaware River, and next door to the farmers’ market. It’s classic diner breakfast and they have the best sausage patties and home fries.”

There are several places we love for lunch. Callicoon Wine and Tapas bar is fantastic. They have an amazing selection of wines that are so well priced and you’ve never heard of — and Robin, the owner, makes such great tapas. We always meet new people when we go there, mostly because we all look up from what we are eating and exclaim how amazing it is and end up talking about how lucky we are to have such a great place in such a small town. The other place is a bit more of a drive: The Laundrette in Narrowsburg. They make great pizzas and cocktails and you sit outside overlooking the river. We have definitely spotted bald eagles there too!”

“The Cocheton Fire Station makes the best cocktails and, yes, they have a fantastic Negroni! Right now, they even have a to-go window.” 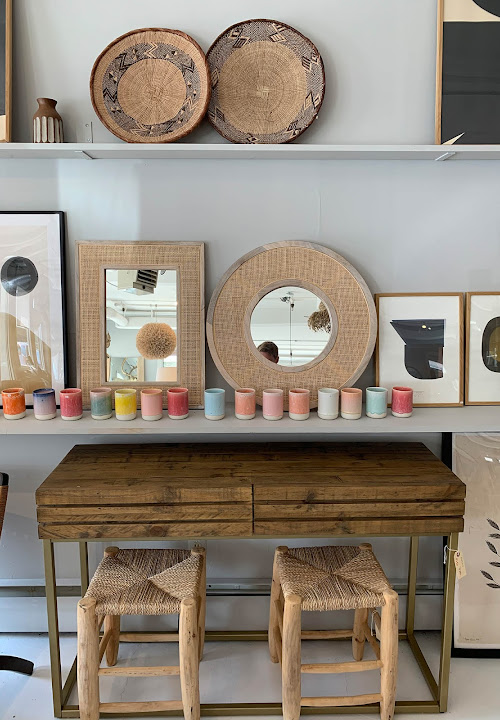 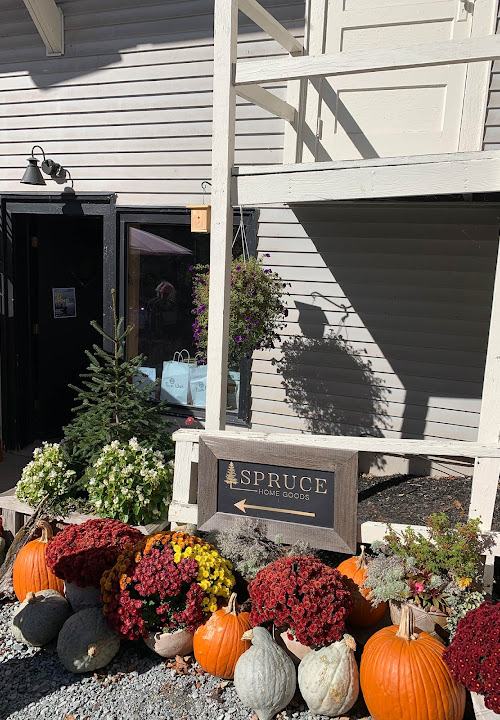 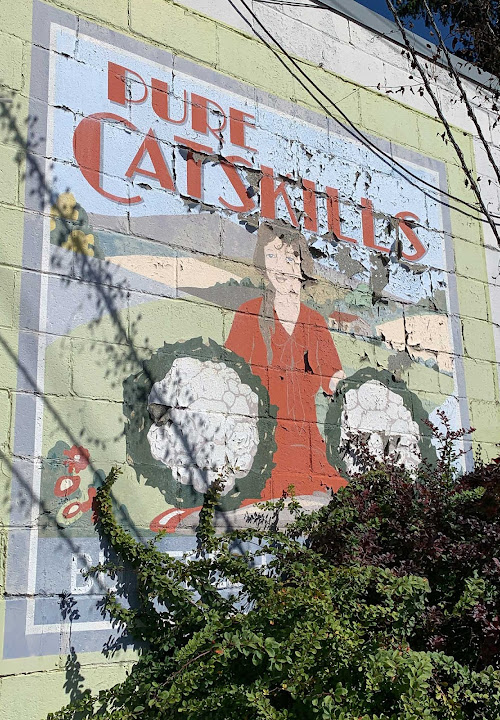 “Fort Delaware in Narrowsburg is a charming historical museum, and then there is a fly fishing museum in Livingston Manor. Unclebrother is an art gallery meets restaurant in Hancock, opened by Gavin Brown and Rirkrit Tiravanija.”

“There are so many different trails you can do. I love the All Trails app for finding new ones. An easy hike that is lovely no matter what the season is around Crystal Lake, which is about a 45-minute walk.”

“9 River Road in Callicoon is super charming and right in town. We always suggest it to our friends if our house is full. The owners have other small hotels in the area and they all seem very charming. Kenoza Hall is their newest and I can’t wait to check it out. Apparently they have a Kneipp bath set-up which is very exciting to me!” 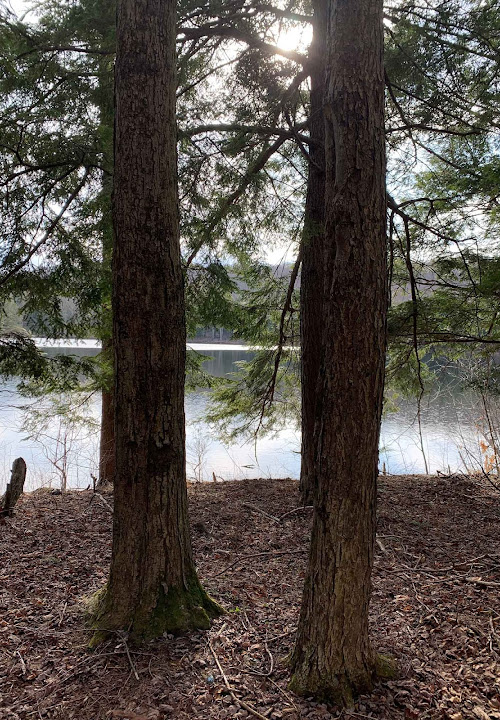 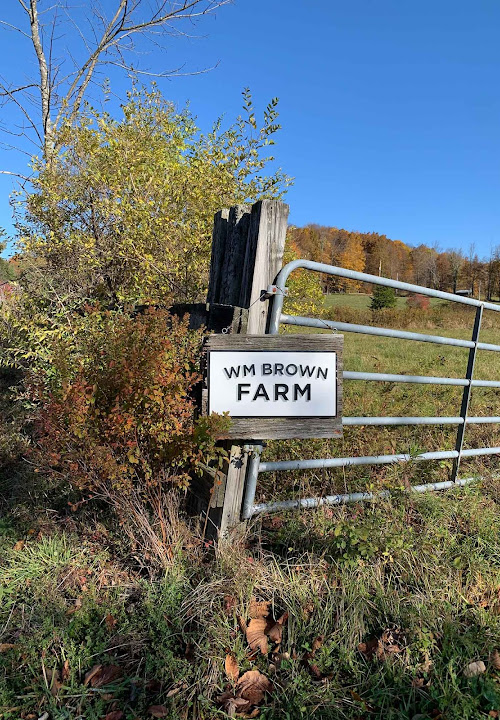 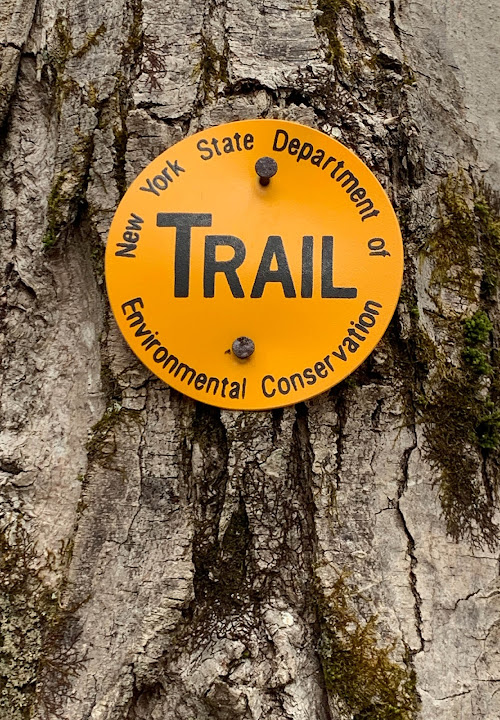