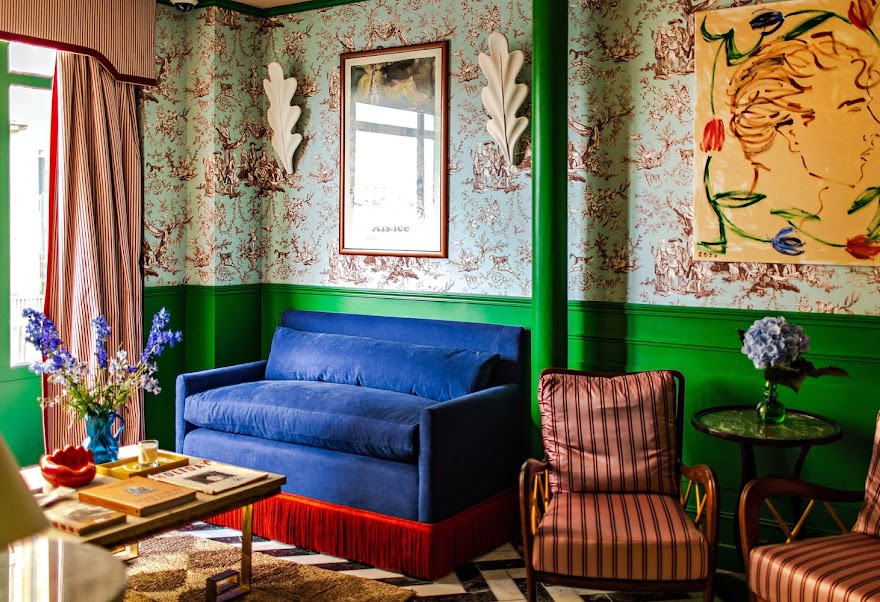 Hot on the heels of his latest opening, Hotel Deux Gares, the hotelier tells us some of his favourite spots on the Isle of Beauty.
Kate Lough
Aug 1, 2020

Adrien Gloaguen is on a roll. At the age of 37, he is already the founder of two of the most exciting small hotels in Paris, Hotel Panache and Hotel Bienvenue. Most recently, he has opened Hotel Deux Gares, a new kind of ‘railway hotel’ which has been designed by bright young thing and British designer, Luke Edward Hall. Next, his sights are set on the London hotel scene.

The rising star hotelier is himself Paris born-and-bred. Having grown up in the Montparnasse area, he now lives in a flat near the Great Mosque of Paris with his wife and three daughters. His hotels are characterised by high design principles, but each one is a unique concept under the Touriste Ltd brand: “Each hotel has its own universe and is completely different from the other Touriste hotels. We hate standardisation.”

What does hallmark each project however, is the way he always chooses to work with up and coming and new designers. “For every hotel, we have a different kind of relationship with the designer,” explains Gloaguen. “We only work with a designer whose work we fall in love with, and if we have the same vision.”

A London hotel has been on his mind for a long time. “I love this city and I knew that the first ‘foreign’ city to establish a Touriste hotel would be London — I love its energy,” says Gloaguen. “The hotel will be very chic with an affordable price just like our Parisian properties.”

So what inspires Gloaguen? “Everything can inspire me. Not only hotels but art, restaurants, shops… but travelling is the best way to have new ideas.” As well as seeking out new places, there is one place Gloaguen returns to time and time again: Corsica. His wife’s birthplace, the family goes many times a year. Here, the in-demand Parisian shares his insider guide to the Isle of Beauty.

How long have you been visiting Corsica and why is it special to you?

“It's very special to me because my wife is Corsican and as soon as I discovered this island a few years ago, I fell in love with it. We visit Corsica with our family three to four times a year. I particularly like it at Christmas.”

Can you describe the island to someone who has never been?

“The island is seated just between mountains and beaches, you can have the two atmospheres in a few minutes.”

Where do you stay when you visit?

“In the family house of my wife - it’s a small fisherman’s house in the port, situated in Sagone. The view is amazing, each window has its view on the sea. There is a very special place in the house at the top of the stairs where you have the impression of diving in the sea, it’s magic.”

What hotel would you recommend to others?

“To me, one of the best hotels in the world is in Corsica, called Les Rouches Rouges in Piana. It is an old family-run hotel with an amazing view.”

Describe a typical day on holiday in Corsica...

“We can have different kinds of days in Corsica. If it’s a "mountain day", we go to the river to have fun with the kids. If it’s a "beach day", we stay at the beach all day long and at the end of the day we go eat an ice cream at Geronimi, one of the best ice cream shops in the world.”

Do you have a favourite beach?

“Liamone Beach, a very wild beach near our village.”

Where would you choose for a relaxed lunch on the beach with friends?

“We have two secret addresses: L’Ancura in Sagone, a small seafood restaurant where I would recommend to order the Poutargue pasta. And A PIAGHJA, a beach restaurant in Cargèse where the kids can play on the beach and the parents can have a quiet lunch...

What about a romantic dinner and nightcap?

“Definitely the restaurant A Merendella in Soccia, a small village at the end of the road in the mountains. It's a hidden restaurant with its own garden where the chef picks his own vegetables. The restaurant has an incredible view on the valley.”

Are there any Corsican dishes you cook while you’re there?

“I discovered the Figatelli (a pork sausage ) with briuccu (a cheese), one of my best meals in Corsica. It's a winter specialty.”

Tell us about Corsica in winter…

“I think winter is one of the best seasons, because it is very calm and the weather is very sunny - we can have lunch outside every day. The best thing is to have lunch on the beach to eat sea urchins.” 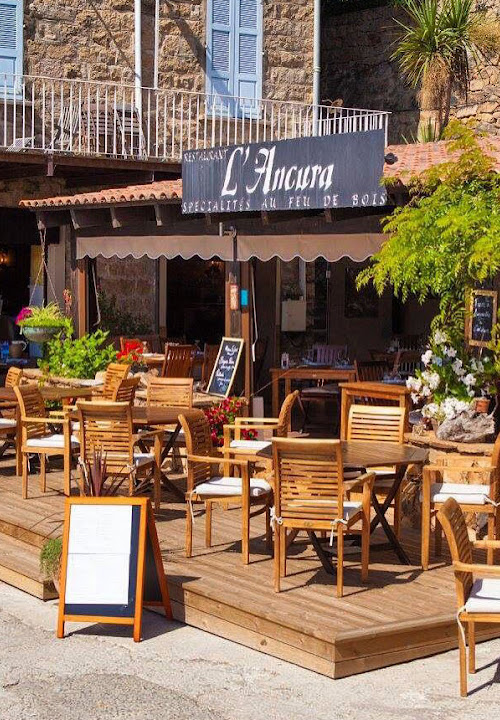 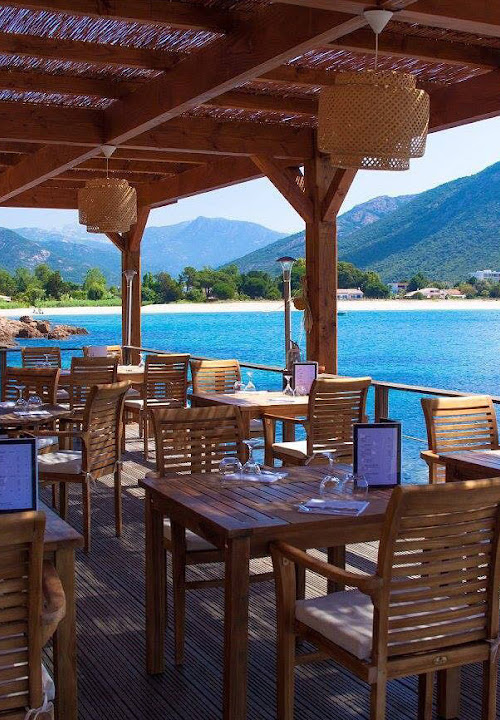 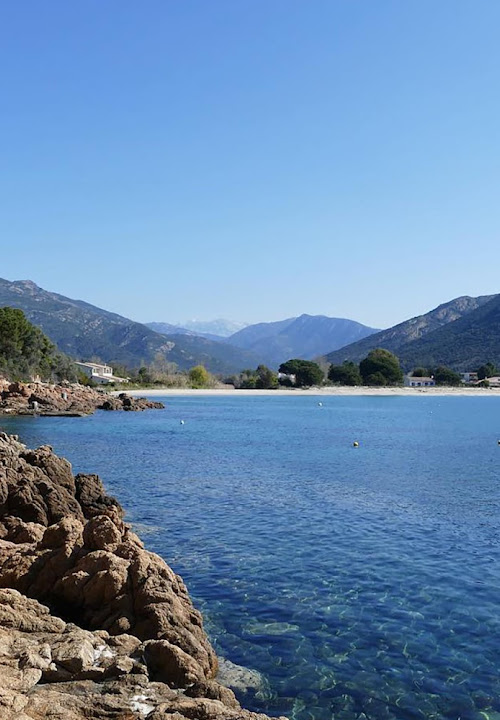 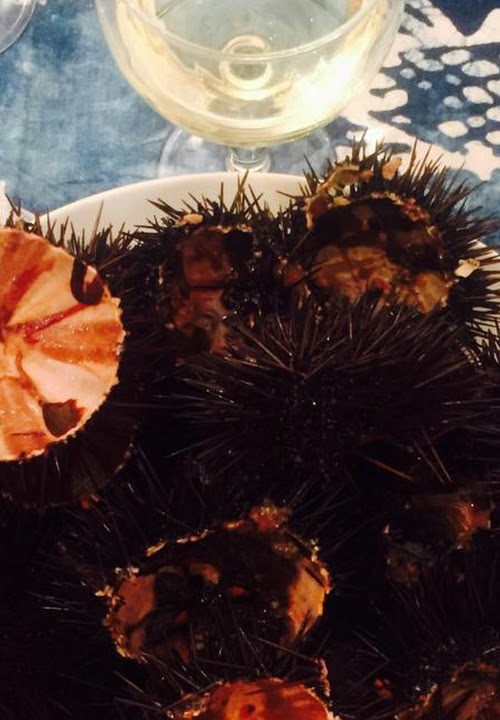 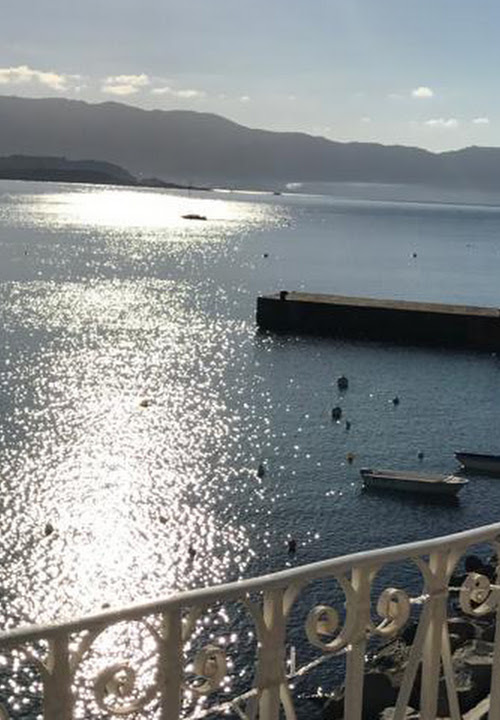 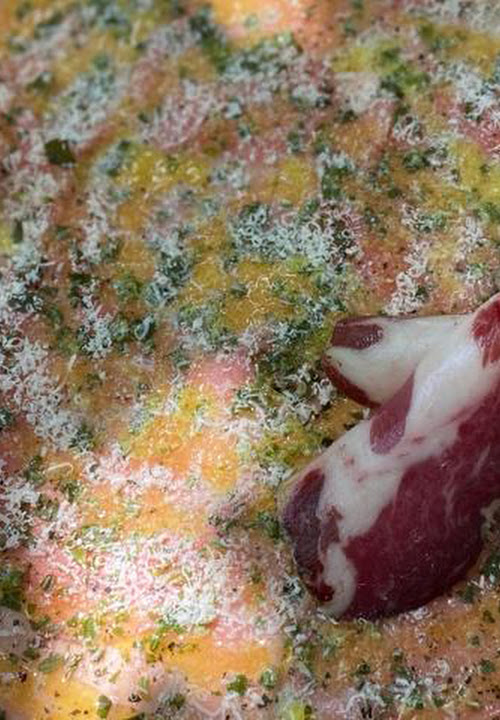